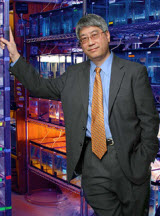 The Cheng lab is interested in fundamental genetic and molecular mechanisms that cause cancer, basic mechanisms underlying the relationship between human skin pigmentation and cancer, and contributing to web-based infrastructures for science, education, and public service. Our laboratory pioneered genetic screens in zebrafish to find new genes related to cancer. Our screens targeted two processes affected in cancer: mutation and cell differentiation. We are producing an on-line, high-resolution, full-lifespan atlas of the zebrafish that will be integrated with other anatomical web sites of zebrafish, other model organisms, and other disciplines. Collaboratively, we are developing 2D and 3D image informatics tools for systems biology and medicine, and new methods for X-ray based high resolution 3D imaging at cellular and subcellular resolutions. In 2005, we discovered that the putative cation exchanger slc24a5 played a key role in the evolution of light skin in Europeans and modulates vertebrate pigmentation by its effect on melanosome morphogenesis. We are trying to understand why people of East Asian ancestry are not as susceptible to skin cancer as those of European ancestry, by exploring both the molecular mechanisms of melanosome morphogenesis and the genetics underlying the light skin of East Asians/Amerindians. 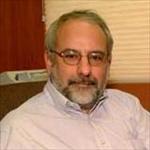 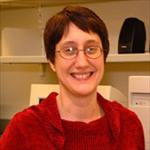 A major focus of my laboratory is on microsatellite sequences, short tandem repeats of 1-6 units per motif. Microsatellites are present on every chromosome and are highly polymorphic in human populations. Microsatellites can be important regulators of gene expression, affecting transcription rate, RNA stability, splicing efficiency, and RNA-protein interactions. Consequently, allele-length polymorphisms at common microsatellites are implicated as genetic risk factors in several diseases. The full impact of microsatellite changes on genome function has yet to be elucidated; therefore, it is of utmost importance to gain knowledge about how microsatellites arise, mutate, and eventually cease to exist at individual loci in the human genome. The goal of our interdisciplinary project, funded by the NIH, is to elucidate mechanisms defining the microsatellite life cycle in the human genome. This team project represents a collaboration integrating experimental and computational approaches. Genome-wide trends of microsatellite evolution are uncovered computationally (through analysis of sequenced primate and individual human genomes) in the Makova laboratory (PSU-UP campus), and are used to formulate hypotheses. Concomitantly, specific mechanisms are tested experimentally using the Eckert laboratory’s in vitro and ex vivo mutagenesis assays. The results of this project promise to be of considerable significance for understanding the dynamics of human genome evolution. Additionally, our research may have direct relevance to the issues of public health and clinical genetics. For example, the new information gained by our research can be used to predict the probability of each microsatellite to undergo mutation or cease to exist, and the probability of any genomic region to bear a new microsatellite. This will have major importance for assessing an individual’s disease risks, especially in the era when individual human genomes are being rapidly sequenced. 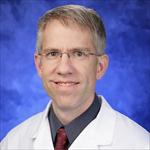 My colleagues and I employ genetically modified mice to uncover molecular and cell biological mechanisms underlying tumor escape. Toward this end, we use novel mouse models that permit reversible activation of oncogenic signaling pathways within mammary epithelium, the tissue compartment in which breast cancers arise. The resulting mice are programmed to develop mammary tumors that faithfully recapitulate key features of human breast cancer, including local invasion at the primary tumor site and metastatic spread to distant organs. Importantly, these mouse models permit oncogenic signaling to be shut off in established tumors, thereby simulating the action of an idealized targeted therapeutic.

We find that, although established mammary cancers regress following abrogation of oncogenic signaling, they invariably leave behind subclinical disease with latent malignant potential. By developing methods for propagating latent malignancy in vivo, we have begun to define biological properties of dormant mammary cancer, an essential and largely unexplored link to breast cancer relapse. Ultimately, by mapping routes to tumor escape and uncovering mechanisms that enable tumor dormancy, we hope to design improved treatment strategies that prevent breast cancer relapse in patients. 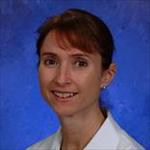 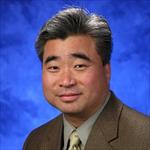 Our research group is currently pursuing three separate projects that are centered around the development of therapeutic agents that specifically target SphK. The first project, “target identification”, combines biochemistry and cell and molecular biology techniques to determine the signaling mechanisms associated with the functional role of SphK in normal and cancerous cells. The second project, “target validation”, is closely associated with the physiological and/or pathological functions of SphK. To validate SphK as a therapeutic target, we currently have on-going studies in collaboration with other investigators including clinicians (i.e., oncologist, pathologist). The third project, “proof-of-concept” studies centers around the development of novel disease-specific and effective therapeutic approaches by targeting SphK. In this regard, we have already identified and refined novel SphK inhibitors (SKIs) by screening libraries of synthetic compounds. Currently, we have several on-going “proof-of-concept” studies in collaboration with other investigators who have expertise medicinal chemistry, computational chemistry, and in vivo mouse model systems.